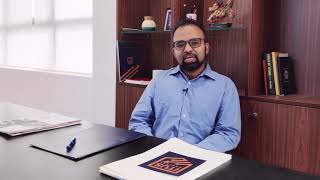 As a kid from an Indian household, I was always taught the importance of playing chess and how the analytical mind takes over and shapes up, through the game of chess.

More importantly, I was always taught the importance of avoiding gambling and avoiding betting wherever possible. The usage of the word ‘bet’, in social events, was never looked upon well. While the perception has changed a bit (only a tad bit as it may seem), I still believe that most people equate investing and bets together – more like a taboo which is worth avoiding.

While I do respect the origins of the thought of not getting involved with gambling, the lessons from playing poker and its relevance in life cannot be understated. I am convinced more than ever that our everyday lives resemble poker (for those who have played the card game) than the game of chess. The everyday decisions we make – revolving around business, career, friends, health, kids or sport involve luck, uncertainty, risk and an element of deception too – all of which are the core elements of poker. Chess, on the other hand, contains very little hidden information and the element of luck can be entirely removed (you even have a scenario where machines can dominate the best of players).

Howard Marks, the founder of Oaktree Capital, who has been a big advocate of probabilistic thinking said – “The future does not exist. It’s only a range of possibilities. The expected value from any activity is the product of the gains available from doing it right multiplied by the probability of doing it right, minus the potential cost of failing in the attempt multiplied by the probability of failing.”

With the above philosophy, if one can train their minds to think about every decision they need to make as bets, it forces them to think with a probabilistic bent of mind. In fact, improving decision quality is to ensure that we increase our odds of good outcomes, consciously being aware that we cannot guarantee them. In today’s world, admitting that we do not know brings with it an undeservedly bad reputation. Hence you find people having an opinion about everything – after all, what’s the downside of an opinion?

However one does not realize that it’s the same opinion that shapes our beliefs which results in our understanding and being dogmatic around ideas. A mindset of dogma is a recipe for disaster for an investor, and more so in life.

Another important analogy in investing is the idea of  ‘Circle of Competence’. The best and easiest way to lower the failure rate is to avoid investing in situations where one does not understand or do not have the experience in analyzing potential outcomes. Following such an approach ensures that the investor avoids stupidity, it’s that simple.

More importantly, one needs to re-examine the concept of ‘right’ and ‘wrong’. Decisions are bets on the future; they are not right or wrong based on how well they turn out. In today’s world, managements of companies reward people on the result, and not on the decision making process.

In the game of poker, if you are dealing with a hand that has a probability of winning at 86% with the river card to follow, in most occasions you would bet aggressively (assuming nothing untoward in the previous rounds betting pattern). However if you lose the hand post the river, one cannot and should not change his decision (albeit hard). In order to avoid this bias, companies like Amazon and Southwest Airlines have promoted people who took certain decisions to innovate within the company, though the decision itself resulted in failure of a project. Signals such as the above, go a long way in telling the people working for/with you, that risk taking within limits of probabilistic information based ones are recipes of long-term success.

Life, in part, is like a poker game, wherein you have to learn to quit sometimes when holding a much-loved hand. What one has to learn is to fold early when the odds are against you, or if you have a big edge, back it heavily because you don’t get a big edge often. Opportunity comes, but it doesn’t come often, so seize it when it does come.

The wise ones bet heavily when the world offers them that opportunity. They bet big when they have the odds. And the rest of the time they don’t – while the above sounds simple, it’s easier said than done as the external eco-system around us conspires against us to ensure we do not do the same. More importantly, one has to fight the constant self-doubt that one goes through when faced with situations in life or investing and be unbiased about the same. Investing History - What a Bubble looks like
by Naveen December 18, 2020
Read more